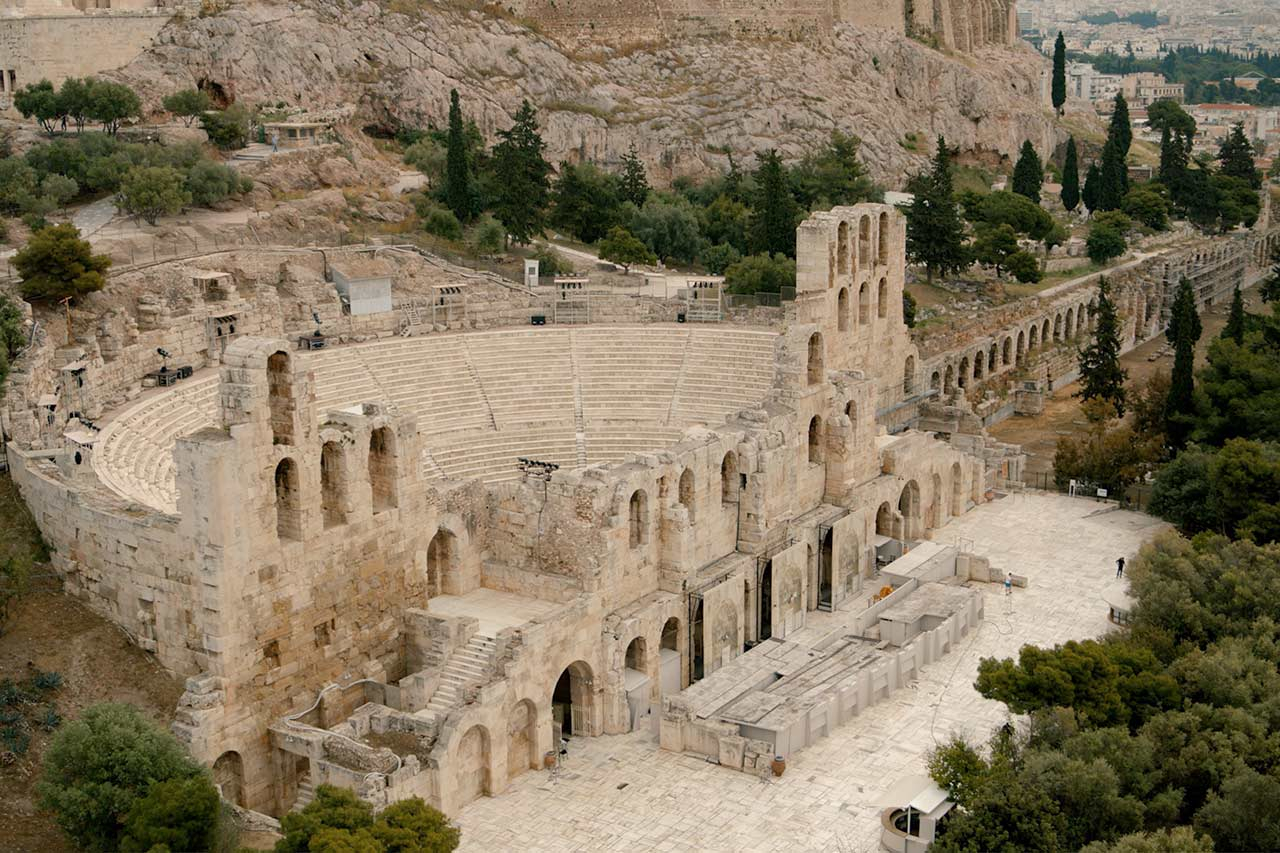 Rigoletto – (CANCELLED DUE TO COVID-19)

With the Orchestra, Chorus and Soloists of the GNO.

The first big summer production of the Greek National Opera at the Odeon of Herodes Atticus in summer 2021 will be Giuseppe Verdi’s dark masterpiece Rigoletto.

Since 1851 when it was first presented in Venice Rigoletto has been applauded by thousands of spectators across the world and has rightly been described as one of the most popular operas of all times. In Rigoletto, Verdi turns the page of his compositional trajectory and presents a work with a clear mark and an increased mood for experimentation, as the shifts between lyrical and dramatic scenes ensure the constant flow of the plot at a high speed.

It tells the story about the love of Gilda, daughter of the hunchback court jester Rigoletto, for the promiscuous Duke of Mantua, who presents himself to her as a poor student. In order to take revenge for his daughter’s lost honour, Rigoletto plans the Duke’s murder. When Gilda finds out her father’s plans, she decides to save her beloved one and sacrifice herself by taking his place.

The Greek National Opera commissioned the unique Katerina Evangelatos, theatre director and one of the most promising voices of the young generation, to direct Rigoletto. After her first and very successful collaboration with the GNO on the contemporary opera Z, Evangelatos will tackle this great work of the operatic repertoire and through her own recognizable directorial identity she will attempt to shed light upon the controversial, dark personality of Rigoletto’s character.