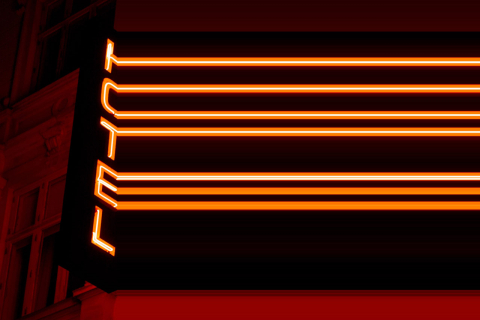 With the Orchestra, Chorus and Soloists of the GNO

The new production of Mozart’s Don Giovanni is a great international co-production of the Greek National Opera with two major North-European opera houses, the Göteborg Opera and the Royal Danish Opera. The direction bears the stamp of distinguished director and artistic director of the Royal Danish Opera, John Fulljames. The production, after its Athens premiere in December 2020, will be presented in Göteborg and Copenhagen.

Fulljames sets the opera’s action in a modern hotel, a microcosm of a city, a meeting place, where the private becomes public and the time of stay is limited.

As the director notes, “Don Giovanni is an enduring opera because it has so many aspects; there is broad humour and great theatrical set pieces, all in a dark thriller about a seducer who must be stopped. It is about how we live together in society and, as ever with opera, about how we face death. The climax is the long-awaited death of Don Giovanni himself as he chooses death, hell even, over denying who he is. His death is an expression of order reasserting itself over the unrestrained liberty he represents.” In Don Giovanni –one of the milestones of the operatic repertoire– Mozart portrays through his music all the aspects of the trajectory of a man who fights with God and takes his fate into his own hands.